Treasures and Gems from the Treasure Chest – Volume 9: Guitar on FIRE! 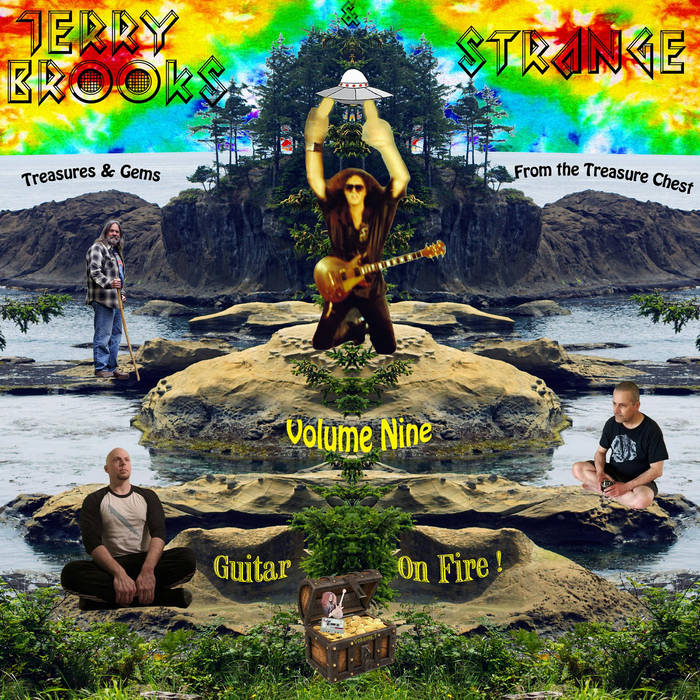 Tracks 1-3 feature different versions of songs that appeared on the limited release Rock Force CD. ‘Star Flyers’ is a spaced out rocker with cosmic guitar leads. ‘Rock Force’ is propelled by a chunky metallic drive and is much more spaced out than the CD version. ‘Mystic Eyes’ is shorter than the CD version but has a more tripped out cosmic vibe.

‘While My Guitar Gently Screams’ is hard rocking but with melodic leads.

‘High Octane’ is a fiery rocking instrumental with a slowly intense power rock build up.

‘Boogie-Woogie JAM!’ is a stretched out hip-shakin’ jam.

‘Night People’ is a lengthy jam with lots of intense guitar with a cool dirty bluesy quality. And Terry takes off into spaaaaace…

‘Quickie Blues’ packs a short and sweet punch in less than two minutes.

Cover design by Ben Upham
Prints of Terry's original art can be purchased at
ben-upham.pixels.com/collections/terry+r+brooks+artwork
Digital reissues of Terry’s official albums releases can be purchased at the Terry R. Brooks and Strange web site at: www.terrybrooksandstrange.com