Treasures and Gems from the Treasure Chest, Volume 5 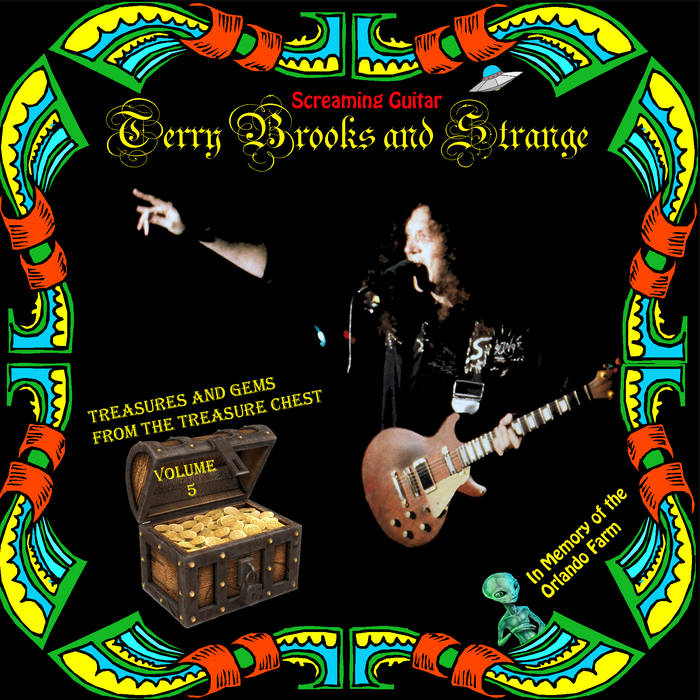 Terry Brooks first came to prominence with his 1973 debut LP, the heavy rocking progressive-psychedelic masterpiece ‘Translucent World’, privately released on Terry’s own Outer Galaxie Publishers label. Terry was active releasing albums, singles, and performing live throughout the 1970s, 80s and 90s. Terry remained staunchly independent through the years, having declined several major label contracts. Terry declined these opportunities, in part, because he never wanted to part ways with the members of his Strange band. And, crucially, Terry was committed to creating a more cosmic brand of rock n roll, which will be apparent to his long time fans.

Volume 5 kicks off with a nearly one hour heavy rocking live set recorded in 1976 at a party near Muscle Shoals in Alabama. The set has good sound and a mix that puts the spotlight firmly on Terry's guitar. We have fantastic versions of songs fans will know from Terry's repertoire and the entire set is JAM PACKED with monster guitar explorations. There’s lots of instrumental jams and songs you will hear include a brief excerpt from Bottom Line after the intro > Woman > You Will Be Loved > Mister Strange > Child Of The City > Rock N Roll Woman > (full) Bottom Line.

‘Studio Blues Monster’ is an unreleased studio recording from 1981. It was recorded at Nautilus Recording Studios in Florida. The studio was owned by Arthur Jones, the same Arthur Jones who founded the Nautilus exercise equipment empire. Check out this amazingly passionate blues instrumental!

Fans will know the song ‘Dream’ as an instrumental from Terry’s 1995 Earth To Infinity album. This monster rocking version of the song, recorded live in 1992 at the University of Central Florida, differs dramatically from the album. Terry rips it up with passionate guitar and even some vocals.