Treasures and Gems from the Treasure Chest – Volume 10: The Strange Guitar Force 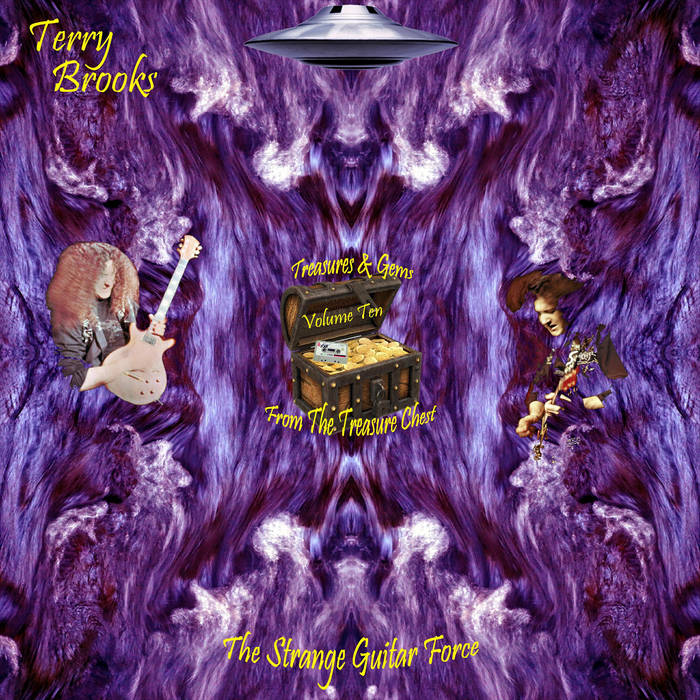 Terry Brooks first came to prominence with his 1973 debut LP, the heavy rocking progressive-psychedelic masterpiece ‘Translucent World’, privately released on his own Outer Galaxie Publishers label. Terry was active releasing albums, singles, and performing live throughout the 1970s, 80s and 90s, and was voted best guitarist in the world by Billboard Magazine in 1983. He remained staunchly independent through the years, having declined several major label contracts. Terry declined these opportunities, in part, because he never wanted to part ways with the members of his Strange band. And, crucially, he was committed to creating a more cosmic brand of rock n roll, which will be apparent to his long time fans.

‘Shit Kickin’ Blues’ is a down ‘n’ dirty slab of Blues-Metal!

‘Metallic Volcanic Explosion’ takes the Metal right out into SPACE, being a lengthy stretch-out jam that features loads of cosmic exploratory rip it up guitar. It gets tastefully melodic around the 22-minute mark, but only briefly before veering into chunky Metal chords. It’s a gloriously in-yer-face, non-stop, spaced out guitar ASSAULT!

‘Dream (Live)’ is just what the title says. An alternative version of one of Terry’s most well loved songs.

‘Music From Beyond The Farthest Known Star’ was a surprise found on a cassette tape that thrilled the entire Terry Brooks production team. Terry is both poet and shaman, reciting and chanting the text against a dramatic jamming build up with an intensely emotional guitar meltdown. This is Terry at his most brain shattering cosmic!

Cover design by Ben Upham
Prints of Terry's original art can be purchased at
ben-upham.pixels.com/collections/terry+r+brooks+artwork
Digital reissues of Terry’s official albums releases can be purchased at the Terry R. Brooks and Strange web site at: www.terrybrooksandstrange.com