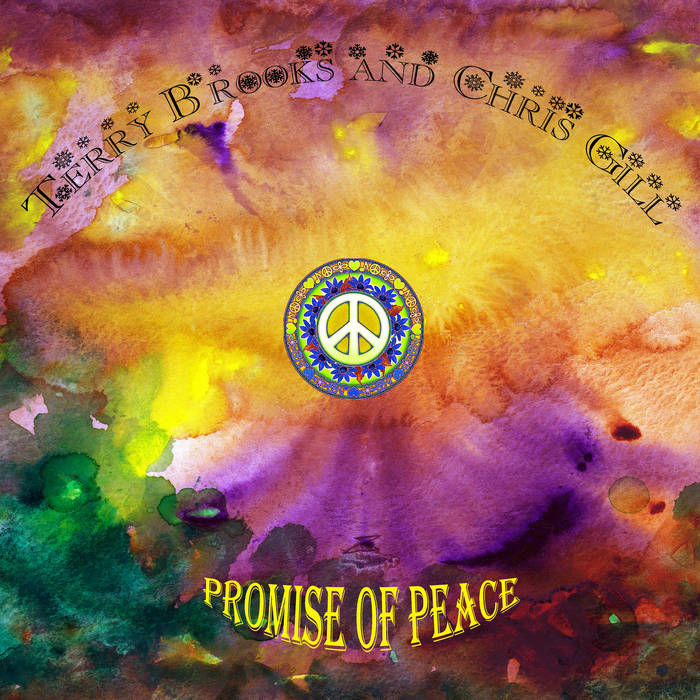 We are pleased to present an exciting twist on the Terry Brooks Treasures and Gems from the Treasure Chest archival series. Since 2004, English guitarist Chris Gill has released six albums, heading up the Band Of Rain, with a brand new album, ‘Petrichor’ released in March 2020. Visit Band of Rain at bandofrain.bandcamp.com

Terry provided Chris with unreleased guitar solos from his archives. Chris took them to his studio and crafted the four very different instrumentals that comprise this new EP, which he titled Promise of Peace. Terry and his production team send much love and thanks to Chris for his magic!!!

The set opens with ‘Earth Dub’, a beautifully melodic progressive rock instrumental that marches along at a steady pace with underlying leads and rhythm from Chris and rapid fire solos from Terry. And then there’s a delightful thematic shift to a fantasy forest land with luscious guitars and pastoral synths. LOTS happening in 6 minutes!

‘Promise Of Peace’ is spacey and meditative, yet full of passionate tension.

Finally, ‘Warhorse’ is a heavy yet beautifully melodic rocker that showcases Terry and Chris’ distinct yet complimentary styles. As the song progresses, Terry fires off ripping leads to a potent yet atmospheric Metal pulse.